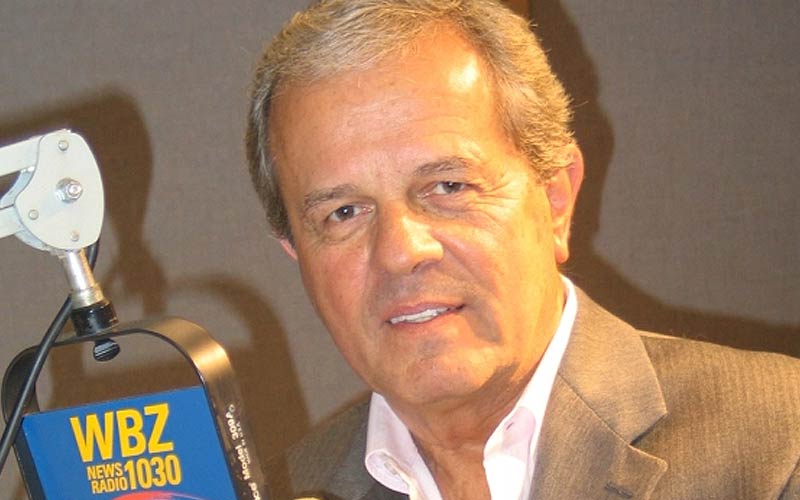 Born on April 14, 1942, Gary was the Son of Francis and Esther (Davenport) LaPierre of Shelburne Falls, Massachusetts, where he was raised with his two older Sisters, and two younger Brothers. Gary’s parents, both music instructors, regularly performed in a family orchestra with Gary on the drums. Gary graduated from Arms Academy in 1960, then moving to Boston where he attended Graham Junior College, which is where he met his future wife, Margaret (Peggy) O’Brien.

Gary and Peg were married in 1962 in St. Agnes Church in Reading, Massachusetts where they eventually settled and began a loving 56-year marriage until his passing.

Considered by many to be the “Voice of New England,” Gary began his career in broadcast journalism announcing obituaries for local station WHAV in Haverhill, Massachusetts in 1961. He got his big break in the business in 1964 when he started with WBZ Radio as a General News Reporter having previously interned in the mailroom.

Over his 40+ years at WBZ Radio and Television, Gary became the trusted voice of every major news event in the greater Boston area. From interviews with every President from Lyndon Johnson to George W. Bush, Gary built a reputation for integrity and excellence in Journalism. He received dozens of awards over the years, including the Edward R. Murrow award for Best Radio Newscast in 1997 and an honorary Doctorate from Emerson College in 1998. He was inducted into the WBZ Radio Hall of Fame in 2007 and the Massachusetts Broadcasters Hall of Fame in 2010.

Gary is survived by and was the beloved Husband to Peggy, devoted Father to Michael (wife, Maureen) and Dean (wife, Lysanne) and cherished Grandfather of Alex Lannan, Kristen Lannan, and twins Nicole and Cameron LaPierre. He was a loving Great Grandfather to Brayden Lannan. He is also survived by his Mother, Esther, his siblings Carol (husband Robert) Brewer, Sandra Hobart, Richard (wife Joan) LaPierre and Robert (wife Pam) LaPierre along with many loving nieces and nephews.

Family and friends are cordially invited to gather and share memories with Gary’s Family on Thursday, February 7th from 3-8pm in the Barile Family Funeral Home, 482 Main St. (RT 28) STONEHAM. Parking attendants and elevator are available.