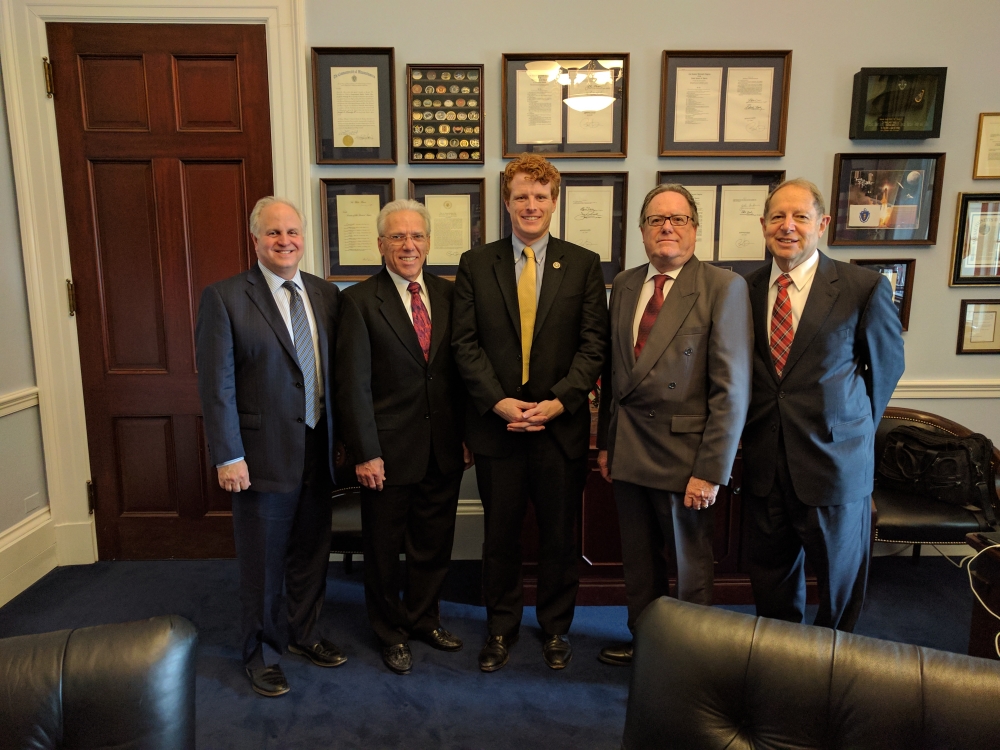 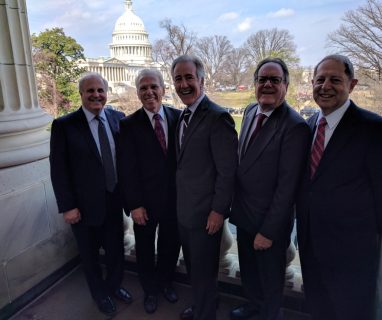 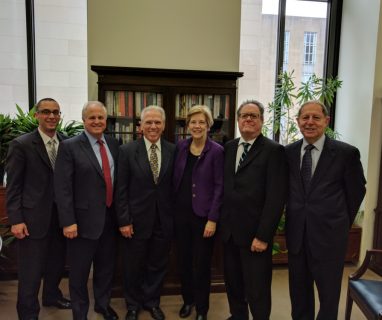 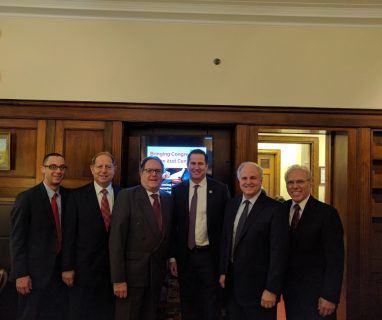 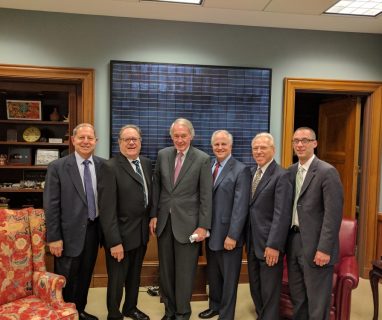 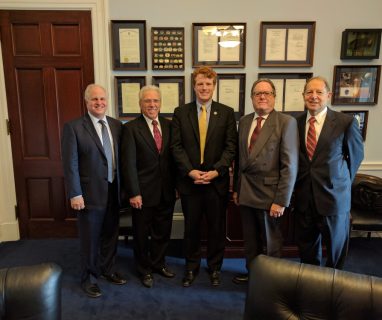 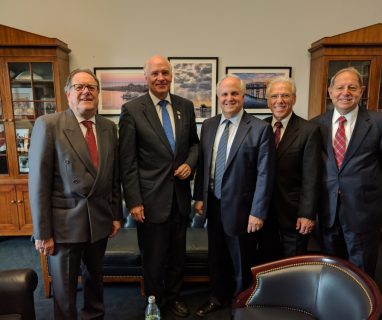 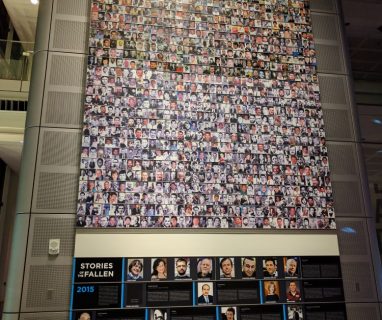 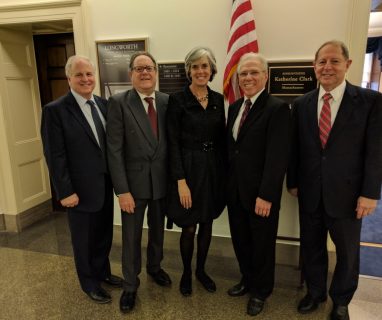 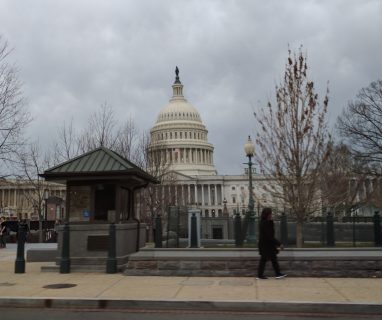 While the main point of each meeting was to educate the delegation about the unique and local nature of broadcaster’s work, the MBA also discussed the radio performance tax, advertising deductibility, pirate radio operators, television retransmission consent and the spectrum repack for TV.

The threat of changes to the deductibility of advertising expenses as a normal business expense took center stage this year as many in Congress and President Trump aim to pass tax reform.  In prior tax reform proposals advertising deductibility represented a significant “pay for” to offset tax cuts.  MBA members argued that any change to the deductibility of advertising would cause businesses to advertise less and the economy to slow.  WCVB-TV President and General Manager Bill Fine cited an IHS study indicating that for every dollar spent on advertising, $19 in sales activity is generated.  The MBA also handed over the advertising letter signed by 26 MBA members representing 59 sets of call letters in Massachusetts.

Chairman Carl Strube thanked Representatives Keating and Capuano who have co-sponsored H.Con.Res. 13, the 115th Congress’ version of the Local Radio Freedom Act along with Rep. Stephen Lynch.  We believe that Reps. Moulton and Clark will also co-sponsor as they did in the 114th Congress.  Each of our members understands the threat to localism that another fee to radio broadcasters would represent.  Currently the Local Radio Freedom Act boasts more than 150 House co-sponsors.

Our TV members led the discussion on retransmission consent and the spectrum repack.  While many in the industry don’t believe retransmission consent will be dealt with during the current Congress, the MBA remains vigilant and reminds our delegation that the system works 99% of the time and doesn’t need further government oversight.

The spectrum auction is, and will continue to be, a large “ask” of Congress.  As you know, when Congress authorized the incentive auction, it allocated $1.75 billion to reimburse broadcasters who chose not to give up their spectrum and need to be repacked into the smaller band of spectrum. The legislation also gave stations 39 months to perform the move or be taken off the air.  Through their work, the National Association of Broadcasters has determined that the fund to keep broadcasters whole once 1,000+ stations are repacked is approximately $1 billion short.  It is also highly unlikely these stations can be repacked in the 39-month window.  We have asked our delegation to support the additional funding and time.  There is currently draft legislation circulating in the Senate that would fix this issue for broadcasters.

As WWLP-TV’s Bill Pepin mentioned several times throughout the two days on The Hill, everything is centered around broadcasters’ ability to provide localism.  He cited his station’s coverage of the tornado that struck Conway and Goshen in late February and asked who would cover those stories before, during and after if broadcasters were gone?

We urge all of our members to take the opportunity to speak with your members of Congress when you see them at your station or other events.  If you feel uncomfortable with the subject matter, email or call and we will be happy to bring you up to speed.  Localism is on the line!