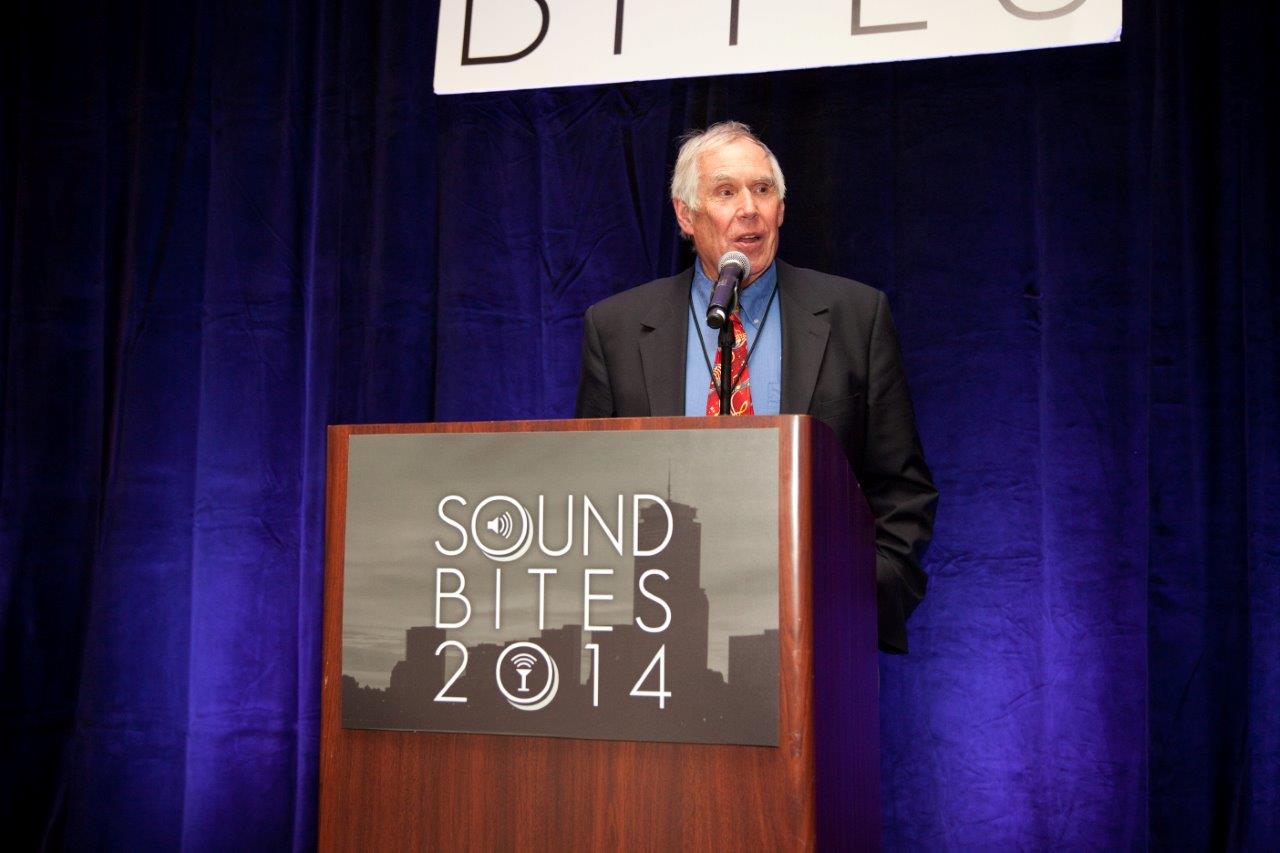 The Massachusetts Broadcasting Awards presented at ‘Sound Bites’ 2014 saw the most diverse group of stations winners to date.  Overall, forty-one first place and merit awards were handed out in from 146 entries over twelve categories.  A full list of winners can be found here.

Highlighting broadcasters that went the extra mile in 2014, literally in one case, the Massachusetts Broadcasters Association awards an ‘Above and Beyond’ award in both radio and television.  In radio, Monte Belmonte of 93.9 The River WRSI-FM took home the honors.  Belmonte was nominated for his work with various charities and events on The River, including “Monte’s March” where the morning host marches from Northampton to Greenfield to raise awareness and funds for the fight against hunger.  Since 2010 the event has raised over $100,000!

In television, WWLP-TV’s Laura Hutchinson was the ‘Above and Beyond’ recipient.  This year, Hutchinson not only reported extensively on the first Boston Marathon since the 2013 bombing but also ran in the race.  Giving viewers a unique perspective on one of the most reported stories of the year.

The last award every year is the Broadcaster of the Year.  This year’s recipient was WATD-FM owner and “ringmaster” Edward Perry.  A press release can be found here.

We look forward to even more competition for some MBA hardware at Sound Bites 2015 on November 12, 2015!  A full list of winners can be found below and pictures from the event are on our Facebook page.