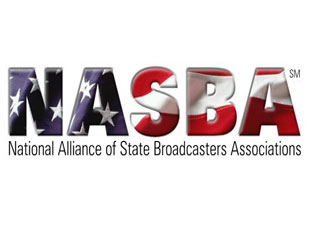 The Massachusetts Broadcasters Association, along with other broadcasters associations representing 49 states, the District of Columbia and Puerto Rico, recently filed Joint Comments in the FCC’s rulemaking proceeding regarding proposed changes to the Emergency Alert System.  We pointed out how state broadcasters associations played an important role in the effort to pass a federal statute authorizing the Integrated Public Alert and Warning System (IPAWS), and how broadcasters and State Emergency Communications Committees (SECCs) are committed and critical stakeholders in our nation’s emergency alerting network.  A broad theme of our comments was the need for EAS issues to be addressed at the state and local level where possible, giving SECCs and EAS participants the necessary discretion to make decisions that work for their respective communities.  Some of the specific points included in the comments were:

(1)   We objected to proposals claiming to enhance the security of the EAS network, but which would in fact impose unreasonable burdens on broadcasters, such as requiring broadcasters to notify the FCC of security breaches (e.g., the unauthorized triggering of an alert) within 15-30 minutes.  We pointed out that imposing such burdens could have a chilling effect on full participation by broadcasters in EAS.

(2)   We urged the FCC to adopt rules requiring cable systems to implement “selective override” for TV broadcast stations, which would prevent cable set-top boxes from automatically tuning all channels during an EAS alert to a cable channel providing only generic information about the emergency situation.  Without a selective override requirement, TV stations which provide up to the minute news and weather reports during emergency and severe weather situations will continue to be subject to having their signals automatically blocked by cable operators at the very time when detailed emergency or weather information is most needed.

(3)   We supported the idea of allowing broadcasters, at their discretion, to perform live code EAS testing without the need for FCC waivers, to use EAS tones in PSAs, and to use WEA (Wireless Emergency Alert) tones in news reports designed to inform the public about WEA, subject to safeguards to assure that such codes do not trigger alerts downstream.

(4)   We questioned a proposal to bring social media and other non-broadcast/cable platforms into the EAS network, arguing that those platforms in many cases are still evolving, and are of uncertain reliability and utility as sources for distributing alerts.

(5)   We cautioned the FCC against adopting any “one-size-fits-all” template for State EAS Plans which would impair the flexibility of SECCs to tailor plans to their own respective states’ needs, or which would impose unreasonable burdens on the SECCs that would have to rewrite their plans to fit such a template.  We also cautioned the FCC generally about adopting proposals which would increase the burdens on SECCs, as they are typically volunteer organizations with limited resources.