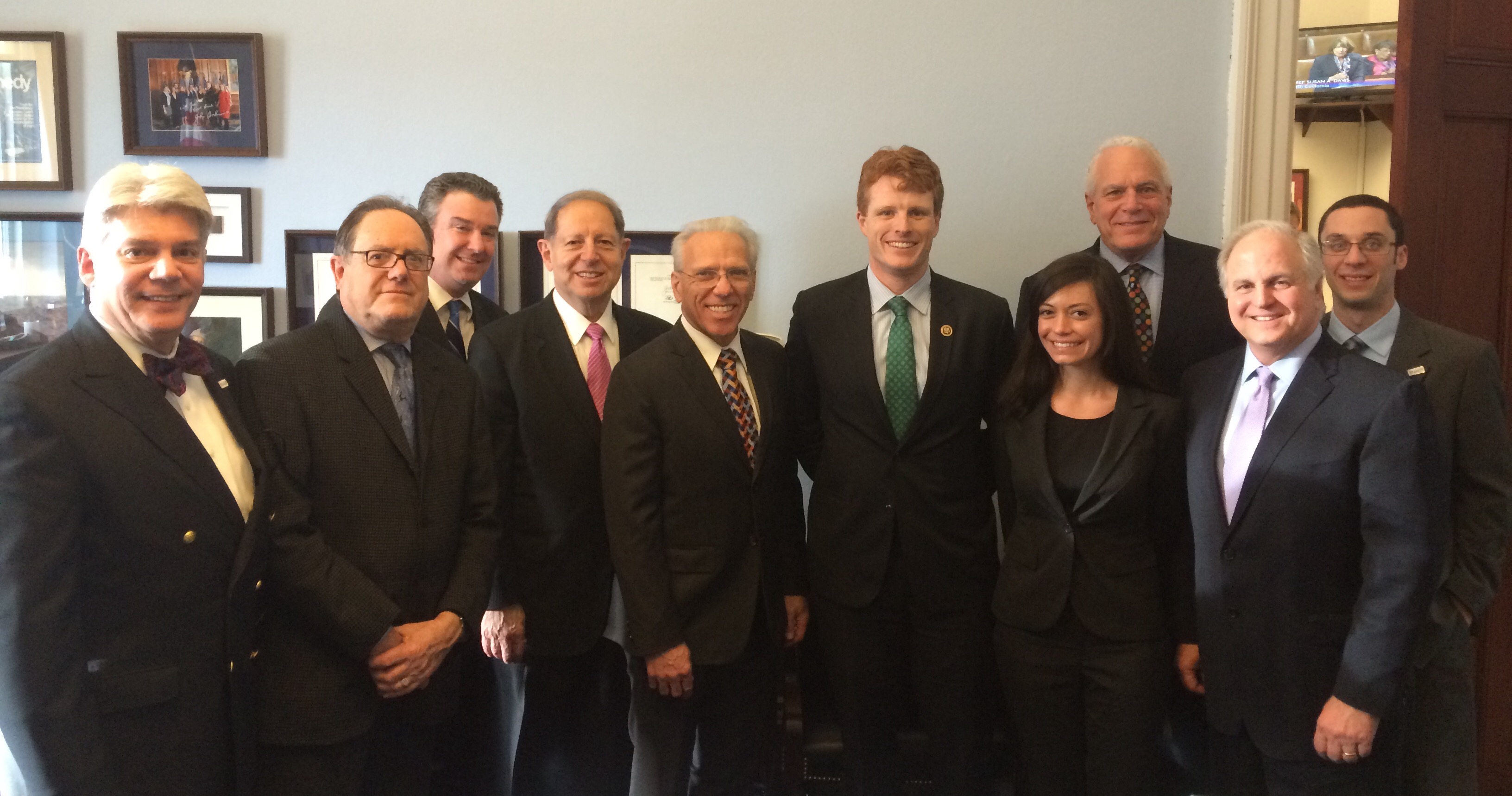 In their annual trip to Washington DC, members of the Massachusetts Association of Broadcasters took to Capitol Hill to educate our Congressional delegation about ongoing issues facing radio and television broadcasters.

The argument for staying the course on retransmission consent negotiations remains the same: More than 99% of retrans deals get done without service interruptions to viewers.  Stations are using this revenue to boost local programming.  Thousands of hours of news, public affairs programming, weather and emergency information is produced each year, in large part to retransmission dollars.

Added this year was keeping broadcast stations on the basic cable tier.  Senator John Thune (R-SD) initiated the conversation in 2014 under the term “Local Choice.”  Under the plan, consumers would either pay a la carte for their broadcast stations or see the stations more to a more expensive cable tier.  Our argument was simple.  Congress required cable operators to offer local TV on the basic tier for a reason; local stations are vital to providing news, weather and emergency information to consumers.

For radio, Tom McAuliffe of WMRC-AM and Carl Strube from WNBP-AM focused on a radio performance tax.  This issue will probably be with us for years to come and our delegation is well versed in the issue.  We continue to maintain that an additional fee from radio stations to the record labels (on top of paying for streaming rights and to composers) would be crippling for many radio stations across the Commonwealth. We ask every year for the government to remain out of private, business to business negotiations between broadcasters and record labels. 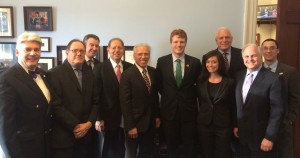 H. Con. Res. 17 and S. Con. Res. 4 supporting the “Local Radio Freedom Act” have again been introduced. This non-binding legislation declares that Congress should not impose any new tax on radio stations. Representatives Michael Capuano, Bill Keating and Stephen Lynch have co-sponsored this legislation already and we will continue to ask for support from the rest of the delegation.

Lastly we spoke briefly on reforms to the treatment of advertising deductibility.  It has been widely rumored that tax reform would see a limiting of same-year tax deductions by 50% with the rest amortized over a five-year or 10-year period, making advertising more costly to businesses.  Not only would these be devastating to radio and television stations, newspapers, digital marketing avenues and the like, it would also affect every business that advertises across the country.  While major tax reform is a long and difficult process that we may not see before the 2016 elections, we will continue to be vigilant.

All of our members of Congress were highly engaged during our visit and we look forward to ensuring the future of our over-the-air television and radio members by continuing to educate and advocate on your behalf.