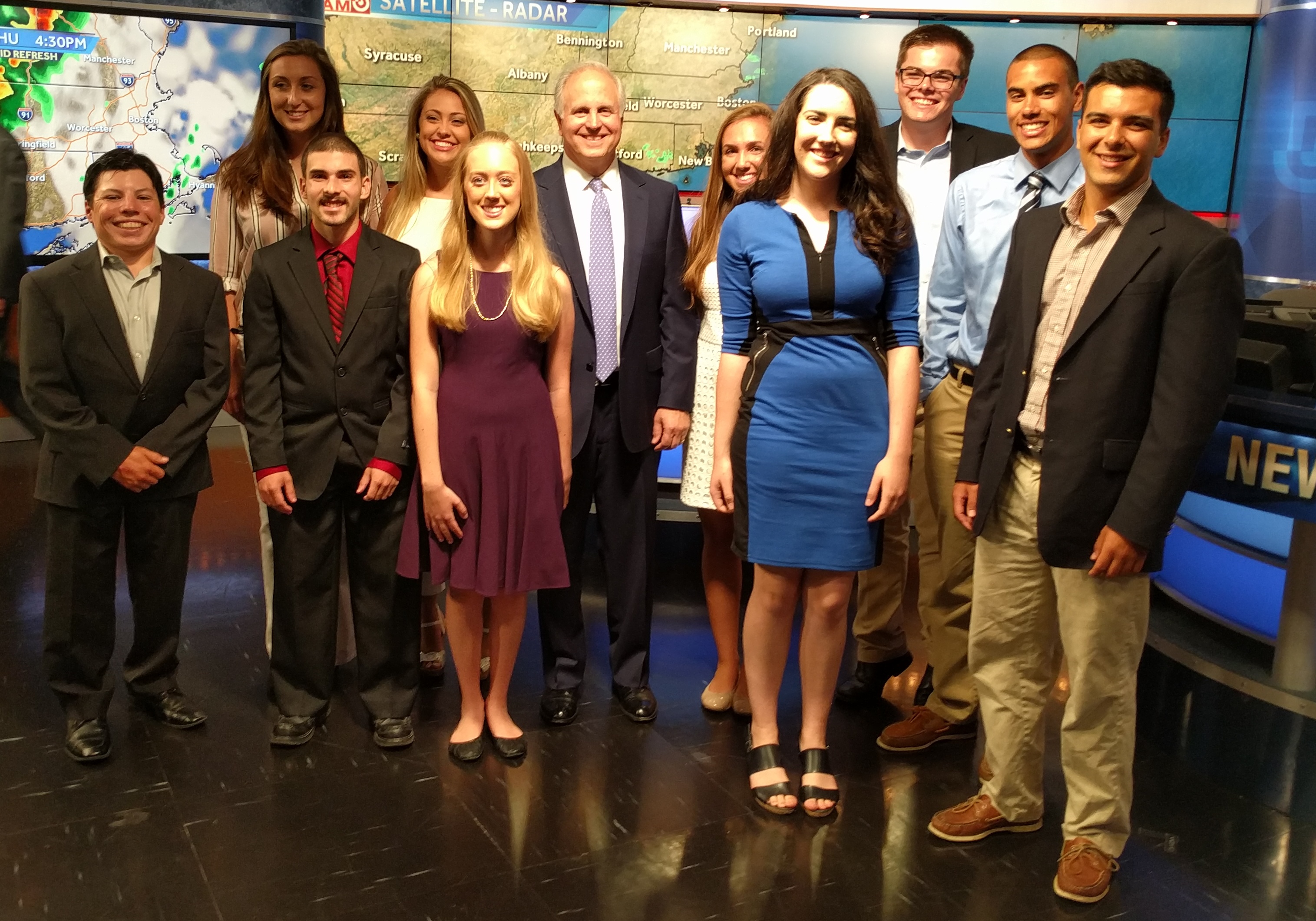 Student Broadcaster Scholarships are given to students pursuing a career in over-the-air broadcasting and enrolled in a broadcast program at a two or four-year accredited school. This year, ten Bay State residents were selected from nearly 100 applicants for the $2,000 scholarship.  Winners were chosen based on financial need, academic achievement, extracurricular and community involvement, and an essay about their interest in broadcasting by representatives from participating radio and television stations.

Attending a ceremony at the Naismith Memorial Basketball Hall of Fame on Wednesday, July 13 was scholarship winner William Pratt of Granville, attending the University of Massachusetts.

Unable to attend either ceremony was James Villalobos from Springfield, attending the University of Massachusetts and Jacob Robbins of West Stockbridge, studying at American University in Washington, DC.

For the seventh year, an additional scholarship was given in memory of the late Al Sprague, former president of the Massachusetts Broadcasters Association. Awarded in the amount of $3,000, this scholarship was presented to Saarah Murphy of Hyannis, who attends the University of Massachusetts.

About the Massachusetts Broadcasters Association

The Massachusetts Broadcasters Association (MBA) is the only voluntary, statewide trade organization serving the Bay State’s over-the-air radio and television stations. The Association’s key responsibilities include assisting its members with general and broadcast-specific business challenges and assisting in the networking of fellow broadcasters. The MBA aims to promote broadcasting as a viable and exciting career choice by offering annual scholarships and maintaining an online database of available jobs for individuals searching for a career in radio or television, as well as the opportunity to post a resume online. Please visit www.massbroadcasters.org for more information.