Awards were handed out to broadcast stations in twelve categories at the Sound Bites Awards sponsored by the Massachusetts Broadcaster’s Association on Wednesday, October 29th at The Verve Crowne Plaza, where comedian Bob Marley provided the entertainment for the evening. 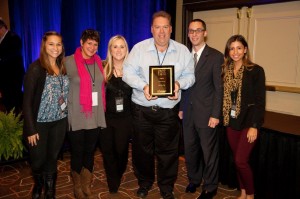 WCVB-TV was the night’s biggest winner with four first place awards.  A complete list of winners is below.