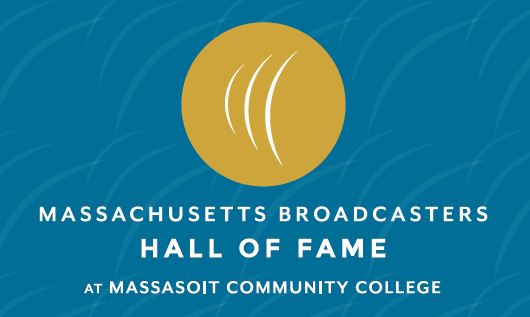 Hall of Fame President and former WBZ-TV News Director Peter Brown commented, “Our class of 2019 represents some of the true treasures of broadcasting.  This group of outstanding professionals has been recognized for their enduring commitment and deep dedication to their craft.  Their body of work is a testament to their talents and their passions for bringing to their audiences the very best in news, information and entertainment.  They are the leaders who set forth the path that future generations will follow.  Let us welcome them as they join more than 150 others who can proudly state they have been inducted into the Massachusetts Broadcasters of Fame.”

The long-time former Editorial Director at WCVB-TV, Channel 5, Boston’s ABC affiliate, Marjorie Arons-Barron has been an award-winning journalist for nearly three decades.  For 20 years, she produced and often hosted WCVB’s Five on Five, at one time the nation’s longest running, locally produced public affairs discussion program. Prior to working at Channel 5, she was an associate producer of PBS Television’s The Advocates, a national political affairs writer for The Boston Phoenix, a reporter for WGBH-TV’s Ten O’Clock News and political editor of The Newton Times. Arons-Barron has won many awards, including three New England Emmy Awards and, for five consecutive years, the National Award for Excellence in Television Editorials from the National Broadcast Editorial Association.  She has also been honored by, among others, United Press International, Associated Press, the American Trial Lawyers Association, the Alliance for the Mentally Ill, the Massachusetts Teachers Association, the Massachusetts Broadcasters Association, the Massachusetts National Guard, the National Highway Traffic Safety Administration, the YWCA, and the Big Sisters Association of Greater Boston.

Adapted from The New York Times, Dec. 4, 2016 (on Mr. Bennett’s passing) – In 1972, the Federal Communications Commission, for the first time in its history, awarded a television license to a new group of operators in Boston, and Bob Bennett, among a field of elite candidates, was selected to lead the group. He emerged as that station’s principal architect, builder, manager, and owner. WCVB-TV, from the start, was conceived as a model of what local television broadcasting could be in America. It produced more than 60 hours of locally produced programming at a time when most stations were content simply to run local news and occasional documentaries.  …  WCVB-TV, which received the prestigious Peabody Award as America’s finest television station, was sold in 1981 to Metromedia for $220 million, eclipsing the highest price ever paid for a television station in the country. It became the flagship station for the Metromedia broadcasting group [and Mr. Bennett headed that company’s station group, then the largest in the nation]. … In 1985, he arranged and directed the sale of WCVB-TV to the Hearst Corporation for $450 million, which was then cited as the new high-water mark for any television station sale in the U.S.

Veteran meteorologist Barry Burbank is the region’s longest-tenured broadcast meteorologist, having begun with WBZ-TV on March 3, 1978. He began his on air career in February 1976 as the weeknight forecaster at WCSH-TV 6 in Portland, Maine. He was Maine’s first professional television meteorologist.  Burbank has led a distinguished career, receiving numerous accolades for his work. He received the 2006 Award for Outstanding Service by a Broadcast Meteorologist, a national honor presented by the American Meteorological Society. He was also chosen to become a member of the Boston/New England Chapter of the National Academy of Television Arts and Sciences’ Silver Circle in 2005. This honor is given to distinguished individuals who have made significant contributions to television over the course of at least 25 years.

The Movie Loft and Ask the Manager are two iconic programs formerly on TV 38 that remind us of Dana Hersey.  With his deep, resonant theatrical voice, Hersey expertly hosted The Movie Loft in the late 70s and 80s, making it a Boston area household name. His encyclopedic knowledge of movies made his introductions to the films of The Movie Loft a preview you did not want to miss.  The Movie Loft actually helped pioneer a new type of television broadcasting by introducing the hosted movie format, as well as airing only “unedited” movies.  That was quite an eye- and ear-opener for someone who was watching shows like Gilligan’s Island, Leave it to Beaver, and Gomer Pyle, U.S.M.C.  Hersey also asked the questions on Ask the Manager with then Channel 38 General Manager Dan Berkery. On radio, Hersey was an announcer with WLYN-AM in Lynn and more recently co-hosted the popular morning show on North Shore 104.9 FM, Boston.

Andy Hiller is widely regarded as the most provocative political reporter in New England. He spent 15 years as a political reporter for WBZ-TV, Boston’s Channel 4, before moving in 1993 to what is today, WHDH-TV, 7NEWS in Boston.  He is well known for his often-acerbic analysis of political events, as well as his regular segment entitled, “The Hiller Instinct.” Throughout the years, Hiller covered virtually every major political campaign in Massachusetts since 1977. His reporting career began at Iowa’s Davenport Times-Democrat in 1971. From 1972-1977, he was a political editor in Atlanta for WAGA-TV, where he covered Governor, then President, Jimmy Carter. For his distinct political reporting, Hiller won an Emmy award, and has been named “Best TV Reporter” several times by Boston Magazine.  Hiller earned a Master’s degree in public administration from Harvard’s John F. Kennedy School of Government. He received his B.A. from Beloit College.

Adapted from the August 25, 2018 Boston Globe, by Dan Shaughnessy…    If you follow the Red Sox, you’ve heard the voice of the man who’s always asking the tough questions. The man’s name is Jonny Miller, and he is a Boston sports media institution, a Red Sox historian, a philanthropist, soon to be a septuagenarian, and probably the hardest-working guy in our business.  Jonny was born with cerebral palsy … grew up in Newton, went to his first Red Sox opener in 1958, graduated from Boston University in 1972, and immediately went to work for WBZ radio, asking questions and gathering sound for the station. … “I’m not afraid to ask tough questions,’’ he says. “He never shies away from anything,’’ says Hall of Famer Dennis Eckersley “As a player, you know that’s the toughest question you’re going to get, and it’s always the first one.’’…  Jonny also covered the Celtics (home and away) in the old days. … A medical marvel, he never gains weight even though he seems to exist on a diet of Cokes, cookies, doughnuts, turkey subs, pizza rolls, and ice cream. He was a recreational jogger until back surgery slowed him in 2005. It’s painful for him to stand for long periods but he never complains and rarely takes a seat in the Sox clubhouse … Before and after games at Fenway, Jonny gets to ask the first question. He is Helen Thomas with a white polo instead of a red dress.

Lisa Mullins is known for her hard-hitting interview style and her wide knowledge of international affairs.  She is the voice of All Things Considered on Boston’s NPR affiliate, WBUR Radio. Mullins is also guest anchor of the WBUR and NPR midday show Here & Now. From 1998 through 2012, Mullins was chief anchor of the daily international news program, “The World,” co-produced by the BBC, WGBH and PRI. Her foreign reporting has taken her to Turkey, Morocco, Egypt, Cuba, Northern Ireland, South Africa, Hong Kong, South and North Korea and elsewhere. Between 1996 and 2014, Mullins wrote, produced and narrated programs and documentaries for New England Public Radio. She also hosted a PBS-TV series called “Thinking Big.” Early in her career, Mullins anchored WBUR’s Morning Edition. Even earlier, she was news director at WEIM in Fitchburg.  In 2010, she was awarded a fellowship at Harvard University’s Nieman Foundation. Mullins has also received the bronze award for “Best Network Anchor” in the New York Festival’s international radio competition, and Boston Magazine has honored her with its “Best Radio Voice” award. She was also awarded an honorary doctorate of journalism degree by her alma mater Simmons College.

Capping a broadcasting career that spans five decades, William M. Pepin retired last year as Vice President and General Manager of WWLP-TV, 22News. Pepin began his broadcasting career while still in high school, working for a WREB-AM Radio in Holyoke.  He joined WWLP in 1969 working in production, on-air as a weathercaster, and in management.  In 1978, Pepin moved to Salt Lake City, Utah to serve as Vice President and General Manager of WWLP’s sister station KSTU, becoming the youngest television GM in the country. Pepin returned to Massachusetts and WWLP in 1981, assuming the position of General Manager.  Under his leadership of more than 35 years, WWLP was recognized repeatedly as an innovator in the market.  Being actively involved in his local and broadcast communities has been a staple of Pepin’s career.  He has been or is currently a board member of the Greater Springfield Chamber of Commerce, the Western Mass. Economic Development Council, the MA Society of Prevention of Cruelty to Animals and more, including serving as Chairman of the Massachusetts Broadcasters Association (MBA) from 2007 to 2009. Pepin was named the 2017 “Broadcaster of the Year” by the Massachusetts Broadcasters Association, the MBA’s highest honor.

When Richard Chase was asked what he liked about being a TV photographer, Chase answered, “It’s loving what you do, caring about people, and enjoying photography.” In 1970, Richard Chase traded his newspaper camera for a TV one and spent a total of four decades at WBZ-TV before retiring in May 2008. Through much of the time with WBZ, Chase worked the morning shift and covered, among many major stories, the day-to-day drama of Boston’s 1970s turbulent school desegregation. “What bothered me the most about that story,” he told an interviewer on his retirement, “were the kids getting off buses – young children – with glass in their hair and crying.” Chase also remembers the more joyous stories over the years, such as the Olympics and championship seasons with the Bruins, Celtics, and Patriots.  Richard Chase is the Hall of Fame Board of Directors’ choice for its 2019 Pioneer Award.

About the Massachusetts Broadcasters Hall of Fame at Massasoit Community College

The Massachusetts Broadcasters Hall of Fame’s (www.massbroadcastersHOF.org) mission is to honor the broadcast industry’s most noteworthy members from Massachusetts, commemorate their achievements and contributions to broadcasting and to preserve their work for future generations. The Hall of Fame conducts a nomination and selection process each year to induct individuals who have made major contributions to Massachusetts broadcasting and broadcasting in general. An induction and awards event — open to the general public – is held annually in the autumn. A permanent Hall of Fame exhibit with plaques representing all Inductees is on display on the Canton campus of Massasoit Community College.