Nine legendary members of the broadcast community will be inducted into the 2021 Massachusetts Broadcasters Association Hall of Fame during a luncheon ceremony on Thursday, Sept. 30, at the Boston Quincy Marriott Hotel. 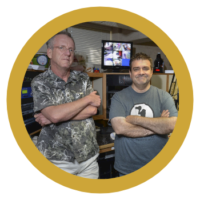 Michael Baxendale and John O’Brien recently celebrated their 25th anniversary on WAQY Rock 102 as “the dominant radio personalities in the Springfield market,” according to The Reminder newspaper of Western Massachusetts. “While [their] show may be known for its outrageous humor and commentary,” the newspaper wrote, “it is also a venue for local political discussion. Area mayors, city councilors, state representatives and others are regular part[s] of the show.” Bax and O’Brien are also known for their tireless charitable work. As an example, for more than two decades they have hosted and broadcast continuously the annual Mayflower Marathon, a 57-hour on-air food and fund drive that takes place each year on the weekend before Thanksgiving to benefit the Open Pantry food bank of Springfield. 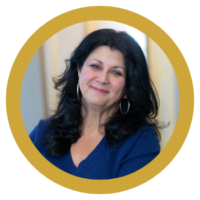 Laura Carlo has been WCRB’s Morning Program host for more than two decades. Under the station’s original ownership she also hosted the morning show for the World Classical Network, syndicated in 16 US cities, making her the most listened-to stand-alone female music announcer in America, according to Arbitron. She has been both a part-time Music Host and News Anchor on New York’s WQXR and in Boston, Weekend News Anchor on WBZ Radio and Weekend News Writer/News Producer for WCVB-TV 5; Afternoon News Anchor for Channel 27 (Worcester); and News Director/Morning Anchor on Fall River’s WALE Radio. In addition, she has written, produced and hosted numerous programs for WCRB including “ArtsAlive!” “Laura’s Book Nook,” “CEO Spotlight,” and “Baroque in Boston.” She is a pianist and channels Chopin daily. 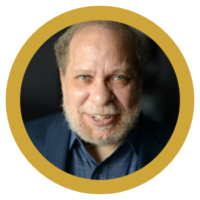 Eric Jackson is widely considered the “Dean of Boston Jazz Radio.” He began his broadcast career in 1969 as a Boston University student, hosting three programs offering jazz, rhythm-and-blues and what he calls “mixed music” on BU’s closed-circuit AM station, WTBU. Continuing his work in college radio, he went on to host WBUR’s The Grotto (1970) and at Harvard’s WHRB Going East (1971) before moving to the commercial airwaves and a Sunday afternoon jazz program on Boston’s WILD (1972). Jackson hosted a contemporary mixed-music show for WBCN Boston where he also produced and hosted Third World Report, a weekly public affairs forum. In 1975 while still at WBCN, Jackson wrote and narrated Essays in Black Music, a 35-part chronology of African American musical history that aired weekly on WGBH Radio, Boston. Jackson became a regular part of the WGBH lineup in 1977 with Artists in the Night, an overnight jazz music showcase. Eric in the Evening debuted in 1981 and with it, his emergence as one of public broadcasting’s most popular on-air personalities. In 2006, Jackson received the National Jazz Journalists Association’s Willis Conover-Marian McPartland Award for Excellence in Jazz Broadcasting. He was awarded Jazzweek’s Major Market Programmer of the Year in 2008. In 2012, Jackson received the 2012 Duke Dubois Humanitarian Award. Over the years, Jackson has hosted more than 3000 interviews with music greats ranging from Wynton Marsalis to Ornette Coleman to Dizzy Gillespie. He is currently a member of the Northeastern University faculty where he teaches The African American Experience Through Music. WGBH celebrated Eric Jackson’s more than 40 years of employment with “Eric Jackson Week” activities in April, 2018. 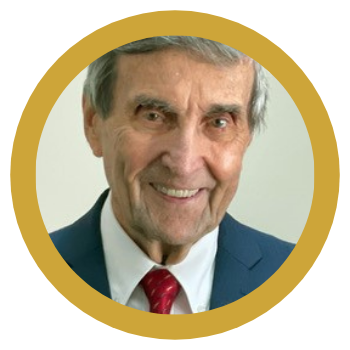 Radio executive Paul Kelley, best-known for championing expanded professional and college sports broadcasts throughout New England will receive the 2021 Pioneer Award, given, as Hall of Fame Committee Chair Peter Brown explained, “to an individual who has distinguished himself/herself over decades for lasting contributions made to the broadcast industry and through a leadership role in his or her particular craft.” Kelley worked in local and national sales management for several top stations before branching out in his own business Kelley Communications.  He launched the first 24-hour all  sports talk radio station in the country with WITS in the 1970s, and he doubled the Red Sox Radio Network from 40 to 80 stations when he acquired the media rights of the Red Sox. Kelley supported the popular “Music America with Ron Della Chiesa” show, which  still airs weekly on WPLM Radio, Plymouth.  During his nearly five-decade career, he also produced dozens of radio features including golf and ski tips and coverage of local high school and college sports teams.  Kelley is now in his 90s and is proud of a career that impacted so many so positively in the region’s radio market.

This is the fourth year that the Pioneer Award has been presented. Only the Cincinnati Reds at the time had more (85).  In expanding the Red Sox network in 1975, Paul included FM stations WPLM FM for extra coverage to the south and WWEL FM (now KISS) for added coverage to the north.
“The Award,” Committee Chair Brown said, “was established to recognize individuals who do not appear on-air, but their role helped influence and inspire the Massachusetts broadcast community to reach a pinnacle of excellence.” 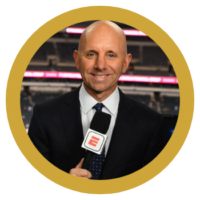 Sean McDonough, the popular former Boston Red Sox TV play-by-play announcer and commentator, who is still heard throughout New England as a commentator on the Red Sox Radio Network, recently re-signed as a play-by-play several-sport commentator with ESPN, extending the veteran broadcaster’s tenure with the network well beyond three decades. McDonough’s broadcast work includes a College Football Playoff (CFP) Semifinal on ESPN and the CFP National Championship on ESPN Radio, capping each college football season in which he calls weekly marquee regular season games on ESPN or ABC.  McDonough’s voice extends beyond ESPN’s college football coverage, calling signature men’s college basketball games concluding the basketball season with  the NCAA Men’s Final Four for ESPN International. The Masters’ Par 3 competition, the PGA Championship, select Major League Baseball games and additional golf events are on  his annual slate. McDonough joined ESPN in 1988, establishing himself as a national voice just four years after graduating cum laude from Syracuse. In his renowned tenure, the Boston native has been behind the ESPN microphone for a bevy of marquee events, including Monday Night Football, The Open Championship, the US Open, and multiple NCAA Championships. During a portion of his early career, McDonough worked for both ESPN and CBS. As CBS’s lead Major League Baseball broadcast voice in 1992 and 1993, he called the World Series, National League Championship Series and the All-Star Game. McDonough’s other CBS assignments included a diverse array of sports – men’s and women’s college basketball, NFL, college football, golf, U.S. Open Tennis and the Olympic Winter Games. McDonough was the television play-by-play announcer for the Boston Red Sox from 1988-2004. McDonough’s golf tournament –The Sean McDonough Celebrity Golf Classic – has raised nearly four million dollars over 10 years, with the proceeds distributed to 129 children’s charities throughout Massachusetts. 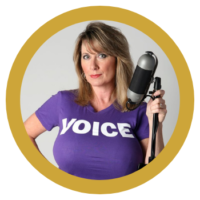 Having been on the radio for 38 years, Nancy Quill was regarded as “the most listened to woman in the city of Boston.” Hired at only 22 on a then-brand-new station called Magic 106.7, WMJX, she had consistent number one ratings in her 10 AM to 3 PM time slot during her Magic 106 tenure, Nancy told a recent interviewer that being number one was “great, but staying number one [was] hard work. I [had] to be on my game every day. I’ve got to do the best that I can to relate to people…to be real. I want[ed] them to know that I care, that I’m there for them.” A graduate of the University of Lowell with a degree in music education, Quill is an accomplished singer, songwriter and musician. Radio is in her blood: she is the daughter of the late Doris and Joe Quill, owner and general manager of WRLM in Taunton, Massachusetts. Nancy was with the station from when WMJX signed on in 1982. “More than a million people listen to Nancy every week,” the station once boasted. “She has the longest-running show of any woman on the radio in any top-ten market in America.”  Quill has also worked as a freelance voice artist and provides the voiceover for clients around the world. As a voice talent, she has provided voiceovers for leading service providers including EMantras, Benztown, Blue Coat Technologies, Hi-Energy Productions, and Voice Talent Online. 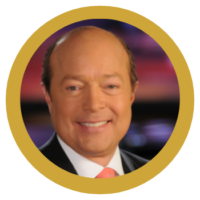 Jorge Quiroga, an award-winning journalist at WCVB-TV, Channel 5 in Boston, reported countless stories for 45 years for the station’s award-winning newscasts.  An inductee in the Silver Circle of the National Academy of Television Arts and Sciences (NATAS) Boston/New England Chapter, Quiroga covered nearly every major national and local story of importance to New Englanders including the Blizzard of ’78, the Claus von Bülow trial (then, the “crime of the century”), the September 11 attack on America, the Sandy Hook school shootings, and the Boston Marathon bombing. He joined WCVB in 1974 as the first producer/host of Aqui, a Hispanic public affairs program he created. 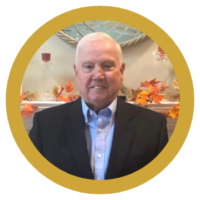 Rising through the ranks in television sales, Gerry Walsh became President and General Manager of WLVI, Channel 56, Boston, and served in that position from 1980 to 1989. At WLVI (then with the call letters WKBG), he introduced the city’s first commercial station 10 o’clock news. As President of Boston Celtics Broadcasting from 1989 to 1996, he served as general manager of WFXT-TV, Boston’s Fox network affiliate, Channel 25.  After the Boston Celtics acquired WEEI Radio, he created and developed the first all sports talk radio station which included broadcasting Boston Celtics basketball games. Soon after, WEEI became one of the most popular sports talk stations in the country.  His professional career includes positions as account executive at WHDH-Radio and WLVI-television, local, national and general sales manager before becoming president and general manager at WLVI and then president, general manager, WFXT-Fox 25, Boston to his retirement. As a broadcast executive and into his retirement, his charitable work is notable as a Board of Trustees  member of: Carney Hospital, Boston, the Red Auerbach Fund, the Genesis Fund, Catholic Charities of Boston, and the South Boston Neighborhood House. He served as a member of the National Academy television Arts/Sciences Boston/New England Chapter (president 1985-1986), the Northeast Broadcasters Association (president 1984-1985), and the Ad Club of Boston (trustee 1986-1987).