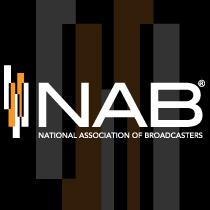 WASHINGTON, DC — NAB President and CEO Gordon Smith has agreed to a contract extension that will keep him in the position until March 31, 2023, NAB Joint Board Chair Caroline Beasley announced today. 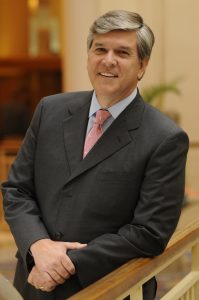 Smith joined NAB in November 2009 and oversees the advocacy efforts of thousands of local radio and television stations across America. He is a former two-term United States Senator from Oregon (1996-2008) and was a successful entrepreneur before launching his career in politics.

“Gordon Smith has shown a steady hand guiding America’s local radio and television stations through the public policy challenges of Washington,” said Beasley, CEO of Beasley Media Group. “He has enormous credibility on Capitol Hill and at the FCC, and is a determined advocate for broadcasting. We are thrilled that we will benefit from Gordon’s leadership into 2023.”

“I am grateful for the trust placed in me by the NAB Board with this new contract,” said Smith. “Broadcasting plays an indispensable role in the world of communications, and I’m committed to an innovation agenda that allows local TV and radio to thrive on emerging media platforms. I’m honored to lead a talented NAB team fighting for viewers and listeners who rely on hometown TV and radio for the best in entertainment, quality local news and lifeline programming in a crisis.”

During his tenure in the U.S. Senate, Smith’s committee assignments included the Senate Commerce Committee, the panel that oversees broadcast-related legislation. He also served on the Senate Energy and Natural Resources Committee, the Senate Finance Committee, and the Senate Foreign Relations Committee. He was respected as a pragmatic lawmaker able to successfully reach across party lines. Smith’s role on the Commerce Committee and as the Chairman of a Senate High Tech Task Force helped foster his interest in new media and new technology issues.
After leaving the Senate in 2008, Smith joined the law firm of Covington & Burling LLP for 10 months before accepting an offer to head the NAB.

Born in Pendleton, Oregon, Smith attended college at Brigham Young University and received his law degree from Southwestern University School of Law in Los Angeles. He practiced law in New Mexico and Arizona before returning to Oregon to direct the family-owned Smith Frozen Foods business in Weston, Oregon. Smith Frozen Foods is now a $50-million-a-year enterprise, and one of the largest frozen foods companies in America. Before serving in the U.S. Senate, Smith was elected to the Oregon State Senate, rising to the position of president of that body after only three years.

Smith and his wife Sharon are the parents of three children and have three grandchildren.

About NAB
The National Association of Broadcasters is the premier advocacy association for America’s broadcasters. NAB advances radio and television interests in legislative, regulatory and public affairs. Through advocacy, education and innovation, NAB enables broadcasters to best serve their communities, strengthen their businesses and seize new opportunities in the digital age. Learn more at www.nab.org.