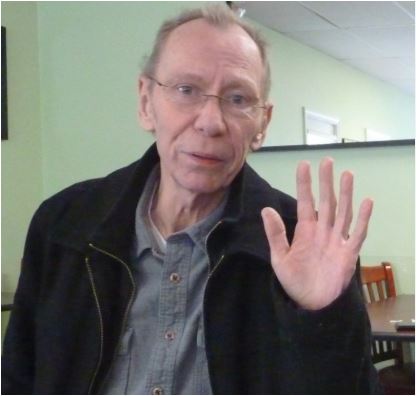 Daniel F. Kelleher of Paxton MA. passed away on January 29, 2020 with his family by his side.
Dan was born in Pittsfield MA. on May 5 1952. He was predeceased by his parents, Bernard J. and Rosemary (Young) Kelleher. He leaves two loving and loyal sons, Curran (Nita) and Sean. He cherished his sons promoting, guiding, providing generously and equipping them everything they needed for independent life and happiness. He actively strove to insure their education and academic success. He provided both boys with music lesson from 6th grade in guitar and flute. He shared with his sons his love of all music of his generation and world music, jazz, rock and classical.

His co-workers and compatriots in radio meant the world to him. When he was a young boy scout growing up in Chatham he had the fortune of being introduced to a local Amateur Radio Operator. His parents gave him his first amateur radio set when he was thirteen.”Ham Radio” became his life long passion. His career as a Chief Engineer included radio stations in the North East from WGRG in Pittsfield MA to WPLR in New Haven CT. and many radio stations in between where he applied his vast technical skills.

The family will receive friends on Friday, February 7th from noon to 1:30pm with prayers following at French, Gifford, Preiter & Blasl Funeral Home, Chatham, NY. Interment will follow at the Cemetery of the Evergreens, New Lebanon. In lieu of flowers contributions in Dan’s name may be made to a charity of your choice or Emanuel Radio Network 19 Chatham Street, Worcester, MA 01609; WICN 50 Portland Street, Worcester MA 01608 90.5 WICN Public Radio or WIOX 91.3FM PO Box 100 Roxbury, NY 12404. Condolences may be conveyed at frenchblasl.com.
Special thanks to his team of medical specials at UMass Memorial Hospital, his cardiologist of ten years and his physician Sunita Godiwala of Holden Ma.