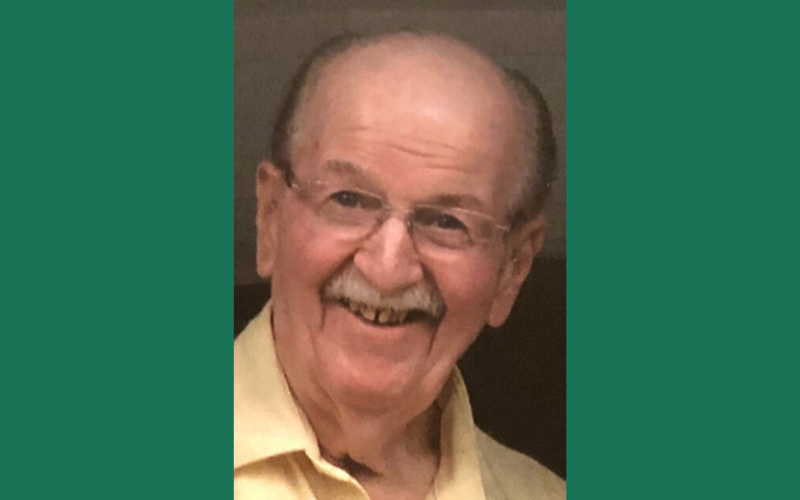 NORTH OXFORD—Well-known Worcester-area broadcaster and corporate executive Jack Flynn signed off for the last time on April 28, 2020, at the age of 86.

The son of Irving and Cecelia Flynn, Jack was born in Boston on November 24, 1933, and grew up in the city.

He attended Northeastern University for Civil Engineering and Emerson College for a BS in Speech and Broadcasting. He studied three years at night while also working full-time before finishing two years of day school and graduating from Emerson.

Jack married Grace M. Cerullo—his “Amazing Grace”—on August 22, 1959. They were married for 54 years. They were the proud parents of six children.

Jack’s love of flying and travel may have been spawned by the four years he spent as an airborne radio operator with the U.S. Air Force during the Korean War. Military, personal and business trips throughout his lifetime took him to 43 states, 13 countries and most of the Canadian provinces.

Jack’s illustrious media career began when he joined Knight Quality Stations in 1964. It would ultimately lead to awards for his professional accomplishments and to recognition for his contributions to community life.

Jack programmed WSRS in the 1960’s and was promoted to operations manager, sales manager and then general manager. In 1987, when Knight purchased WTAG, Jack took on the additional responsibility of GM at the AM news-talk-sports station.

In a salute to Jack’s work, a senior VP of Knight Quality Stations said “Jack Flynn’s quarter century of dedication to our company and to Worcester is a remarkable exception in an industry where many job- hop every two or three years. We feel fortunate to benefit from his expertise.”

Jack was especially proud when WSRS-FM was named the #1 Beautiful Music Station in the USA in 1981.

For twenty-one years after leaving broadcasting, Jack served as executive director of the Worcester Executives Association, a business exchange organization with a global reach. During this time he served on the WEA’s national and international boards.

He finally retired at 82 years old. Jack was dedicated to community and family. He served as president of the Worcester Area Advertising Club, the Sales Executive Club of Greater Worcester and the Kiwanis Club of Worcester. He also served as a director of the Central Massachusetts Better Business Bureau, the Worcester Fresh Air Fund (Camp Putnam), the American Red Cross, a trustee of the Oxford Free Public Library and as treasurer of the Oxford Little League.

He was a longtime member of St. Ann’s Parish, a member of American Legion Post 0058, a life member of K of C 4241 and a member of the Greendale Men’s Club.

He was given the key to the city by then-Mayor Sara J. Robertson in 1982. He earned the Worcester Ad Club’s award for Professional Excellence in 1982, the Oxford Lions Club’s Volunteer Appreciation Award in 2009 and a Silver Award from United Way. He was named WEA Executive of the Year in 2013.

In lieu of flowers, please consider making a donation to the Oxford Free Public Library or St. Ann’s Parish in North Oxford.

Due to gathering restrictions in Massachusetts, a private graveside service will be held at North Cemetery in Oxford.  A public memorial Mass will be held at a later date.  Paradis-Givner Funeral Home in Oxford is directing the arrangements.

To send flowers to the family or plant a tree in memory of John I. “Jack” Flynn, please visit our floral store.