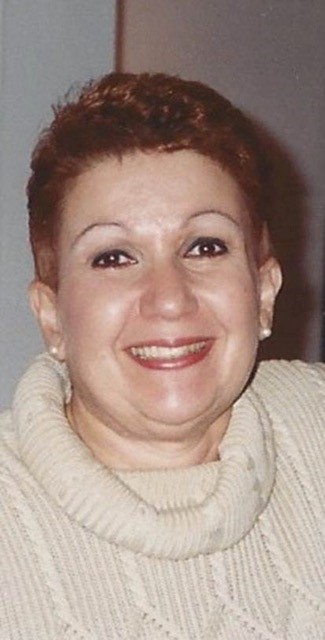 Born December 14, 1938, she was the only surviving child of Minna Levine Greenberg and Edward Greenberg of Providence, RI, and, later, Newton, MA. She graduated from Boston University, College of Communications, and enjoyed a successful 35-year career in radio and TV broadcasting and in advertising, rising to executive positions despite the challenging climate for women at the time. In retirement, she was a founder and executive secretary of the Massachusetts Broadcasters Hall of Fame. Although Joan divided her time between New York City and Newton during her professional years, her primary home for five decades was on Truman Road in Newton Center.

She was an avid gardener, a dedicated landscape painter with a broad knowledge and appreciation of classical and country music. Joan was an inveterate and loving caregiver, beginning with her twin brother, Jason Greenberg, who died in childhood after a lingering illness, and then her widowed mother, who lived to be 91. For many years, she was known in the neighborhood for giving counsel and guidance to immigrant families and care and assistance to elderly neighbors.

Surviving Joan are her cousins Julian Prince of West Bloomfield, MI, Jeffrey Prince of Washington, DC, and Kenneth Prince of Darien, CT, who were her devoted companions since childhood; and her cousins Bruce Levine of Attleboro, MA, and Barry Levine of Hull, MA, who gave loving care and attention particularly after she suffered a stroke in 2017.

Due to the pandemic, Joan will be interred in Sharon Memorial Park after a private graveside funeral. Memorial contributions may be made to the Jimmy Fund c/o: The Dana Farber Cancer Institute. Schlossberg Chapel on the Hill “Family Owned” 781.828.6990 SchlossbergChapel.com